Yvonne  will feature in this Friday’s episode of Eastenders. The BBC 1 show will break from its traditional format for this special episode which is based around Shakil Kazemi’s funeral. Shakil’s character was killed last month in harrowing scenes of knife violence. This episode features the families of real knife crime victims including Yvonne who will share their own experience of knife crime alongside its regular fictional characters.

Those wanting to learn more about the people featured, including Yvonne, will be able to watch short films about them on BBC Three, and read blogs about their experiences on the BBC’s website and social platforms as well.

John Yorke, Executive Consultant  for Eastenders says; “We’ve tried to find a way to do justice to an incredibly difficult, tragic and emotive subject, and with huge help from the families of real life victims and the support groups they work with, we hope we’ve come some way to getting that enormity across.”

Damian Kavanagh Controller, BBC Three, says: “BBC Three has a strong track record of handling issues relevant to young people in a sensitive way. We’re pleased that we’re able to collaborate with EastEnders to produce additional material to support this storyline that will allow both the BBC Three and EastEnders audience gain a deeper engagement with an important subject.”

The episode will start slightly later than usual – it’ll run from 9:15pm until 9:45pm. Please tune in! 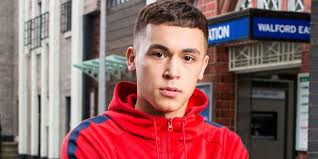